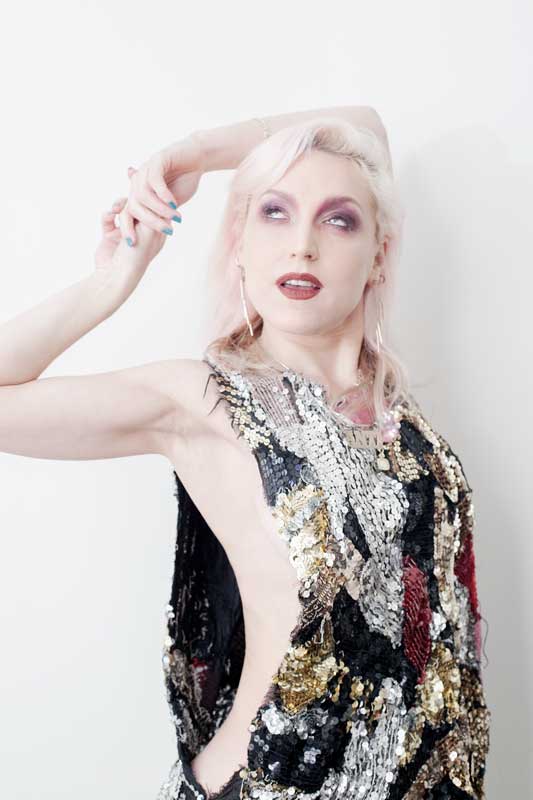 Looking for new ways to express herself she came across good friend producer Aka Simon Little (STRFCKR/Nevermindthestars). They hit it off straight away. Recording for a year straight, perfecting the sound and show for her as a Band-Artist.
Her live show is more a “come together” of different disciplines of art and not only a sexy live performance. While rocking and rolling around with her live band, the show is also supported by the poppy video images made by VJ Alex Kaseta. She and her band are mostly fully dressed in Dutch fashion genius Bas Kosters with whom she organizes the infamous Anti Fashion Party during Amsterdam Fashion Week. They were featured in 2013 August edition of MixMag.

In 2013 she was featured on Joshua Walters first release “Nocturnal Animals” . On 15th of July 2013 the remix package of ” Party Party” was released on STRFCKR RCRDS.

Wannabe A Star started working on her electronic project W.A.S. in 2016. On her Soundcloud you can find her Booty Bass track “The Big D”.

Nowadays WANNABEASTAR live is an all-female formation. Think of punk sugarcoated with pop, rock sleazy as fuck and all fashionably dressed in tight colourful outfits designed by l’enfant terrible de la mode Bas Kosters. They are must see! These girls really know how to break down a venue!!! Let’s party party!!!

The band signed with Sony Music Netherlands in 2017 and releases the album “Greatest Hits” produced by Robin van Loenen.

In 2019 and 2020 WANNABEASTAR was one of the judges in the Dutch version of the English tv hitshow All Together Now. Check out her introduction video!

She has been featured in more than 50 magazines the past years with interviews, reviews and editorials.